Bosses Forever 2 Bro is a game that features a single and two-player mode which means that you can play it with a friend or alone. The best part is that the game is free on OUYA, unlike many other games. The initial version of the game was designed for one player only, whereby the player climbs a tower encountering bosses that actually adapt to your fighting tactics making it more difficult to reach the next level. The 2nd version Bosses Forever 2 Bro, as it name says, includes a bro or another player and the two of you fight against each other but that does not mean that the bosses do not develop new tactics to fight you. The game is played until you, or your bro dies, and the goal is to climb the tower as high as possible. There is not much philosophy to it given that you can easily pick up on the game rules and learn the commands as soon as you “kill” your first boss. Your score and strength also depend on the damage and healing statistics and you need to know that with each level the damage is not restored and you take it to the next fight. Therefore, healing yourself will be crucial if you want to stay strong for the battle to come. You have the option to gain points in each of them, but that depends on how you play and what works for you. Do not forget that with each new level, the game gets more difficult where the bosses get harder to beat. 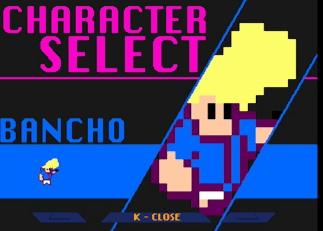 The game has two characters at the disposal named Bancho and Rancho, and there is not much difference whether you play alone or with a bro. What makes it different in the two-player mode is simply that two characters with two guns try to kill the boss with no revival option. The two characters have the same abilities and attributes and none gains advantage over the other at the beginning of the game. When playing with a mate, the advantage of figuring out the playing style of your opponent does not help much as the two of you progress further on the scale. Despite the fact that the two of you fight against each other, the bosses present a bigger challenge the more you climb. It feels like having a third element, a third enemy that becomes more powerful. Be prepared to figure out new tactics as you progress since the bosses are certainly waiting with a surprising strategy.

The thing with Bosses Forever 2 Bro is that you cannot save your progress as you wish; only your final score can be entered. So, if you are someone who likes to see the progress on the scoreboard, you better make sure to have plenty of time to get to the final score. The game is exciting and fun, but somehow, it is not one of those games that will keep you up at night. Probably, after a few months, you will switch to another game. Still, it is worth a download, since it is free and challenging to some extent.

The game that was designed by the Too DX duo is a nice way to fill your leisure time either alone or with a friend, and it can keep you entertained for several months, but with time, you will probably be looking for something new. The game is simple and is suitable for almost all ages breaking the monotony of everyday life. The bright and neon colors featured in 2D graphics also contribute to the unique gaming experience.